I try to faithfully take a break from riding every hour. This break, a few km outside Qualicum beach is being taken behind a Lutheran Church under some thick pine trees. The first real rain of the trip begins but it is cloudy to the west and sunny to the east so I think I will sit it out for a while.

A very late start today with a visit from former Pearson College Director, Tony Macoun. Took a detour to Nanoose Bay to visit Eileen Dombrowskis. She is busy writing a new textbook for Theory of Knowledge. She provided some inspiring updates on alumni she has stayed connected to following her long career at Pearson. Theo was off cycling in the mountains. Nothing new there. The rain has let up so on my bike. 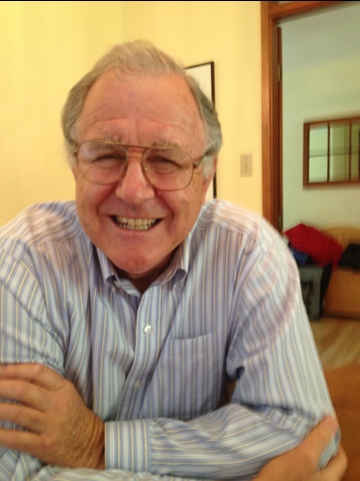 Eileen prepared a feast for lunch.

Hard to believe that the coastal route from Nanaimo to Courtenay is so thinly travelled. Beautiful ocean views all day along 19A with hardly any cars or trucks. It must be that when a major parallel highway is so near no one bothers to take the scenic route anymore. Terrific for cyclists. For those coming up the coast, include the loop to Nanoose Bay.

What it says on our license plates is, well, true.

I wonder about the driving laws in BC relative to cyclists. Two scary moments today. The first was in the busy streets through Parksville. With a series of red lights, a particularly big motor home would pass me then I would pass it when it was stopped at the next red light. Then it would pass me again. There was no road shoulder and two busy lanes and rather than wait or give me a wide berth, he passed each time as if I could confidently stay in a space less than a meter between his massive motor home and a raised curb. On each of his passings, I could have reached out and touched the motor home. My handlebars alone are about 1/2 meter wide. Way too close. What is the law?

I would prefer 2-3 meters of space.

The second incident involved a sea of motorcyclists going in the opposite direction. On a curvy section of 19A they screamed past cars going in the same direction and crossed the double yellow lines to do it. When the sixth one did it, swerving towards me at about 130-160km per hour on roads marked 60km per hour, I called 911 to alert them of this menace. As a former volunteer firefighter, I know the mess that would have to be cleaned up if they crashed. The dispatcher was very understanding and seemed to know all about what she called kids on crotch rockets.

So a bit of unwanted adrenalin in an otherwise peaceful ride. Arrived in Courtenay at 8:15pm for a lovely dinner with friends and another hot shower and comfortable bed.

4 thoughts on “Tranquility of Back Roads”