I set out from Camrose after a traditional small town breakfast with Ken Drever, grandparent to Pearson alum, Christie Drever, Pearson Year 32 and get on the road at a time that is early for me, 8:30 am. The road and countryside are very quiet, like a UWC campus on a Saturday morning.

I enjoy newly asphalted roads for about 25 km and until I make a near disastrous mistake.

I catch up to where they are pouring the asphalt and the road flaggers wave me through to go on my own. All is fine but a little sticky. I want to cut across the section that was just being steamrolled as it led to the small town of Bawlf where I wanted to replenish my water. I figured if the steamroller could be rolling on it, so could my bicycle. Well, those who know more about such things know what happened next. Upon entering the freshly poured area, my tires sunk immediately down the the rim and I was about to fall over. Rather miraculously, because I had just put a coat of lubricant on my pedal cleats the day before, I managed to get one foot out of the cleat and catch myself going down. I quickly hobbled the bike out to the set asphalt area and did it quickly enough that my shoes and tires did not melt.

There was immediate commotion by all the flaggers and workers and the foreman gave me a bit of an asphalt chemistry lesson. I learned that it is poured at aver 170 degrees Celsius and that aside from being stupid, I was damn lucky. Had I fallen, especially if
I got pinned under the bicycle connected to the pedals, I would be nursing some serious burns right now. And as I was riding with no gloves on, there would be no more blogging on this little iPhone for a while. One of the flaggers solved my water problem by pouring the contents of her water bottle into mine.

Shaken and humbled by this, I carry on. But I carry on into an increasing head wind. 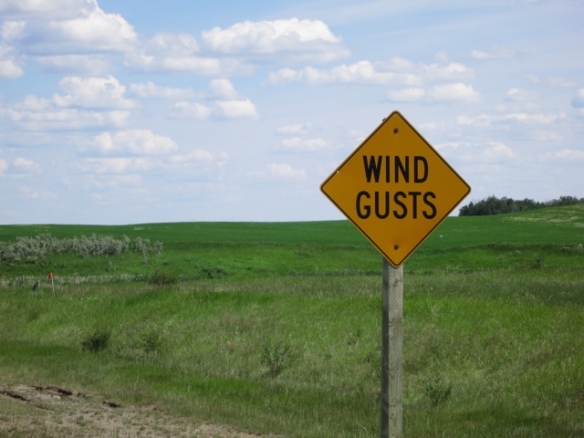 Not a fun way to cross this open sky part of Alberta. The wind is opposite the normal flow now for three days in a row. As I have written earlier, a headwind brings lots of challenges. It doesn’t just slow you down, it forces you to be producing pedal power all day with no let up, it is deafening, it dehydrates you quickly and wind gusts force you to white knuckle it so you don’t lose your tracking.

Nonetheless, I persevere. I have a few things to look forward to on this windy day. My wife, Leisa, is joining me for about three weeks. Not on a bicycle, but with a car. Logistics with her support will suddenly get easier and if the wind ever lets up I may be able to increase my mileage. And another thing to look forward to is a rendezvous with former Pearson College board of trustees chair, Francis Saville and his wife Linda. They are camped in Hardisty in the former Saville family farm that was at one time a place where buffalo roamed and now is a training site for the Canadian military.

There is still a lot of grain and canola
grown in this area but the labour required has long been replaced by machines. Some of the architecture remains. 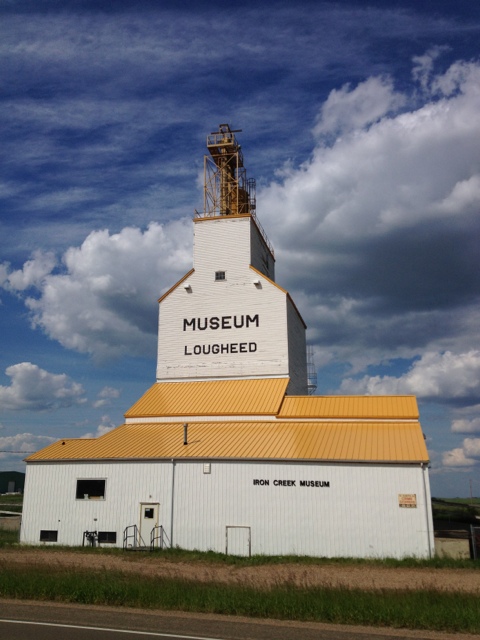 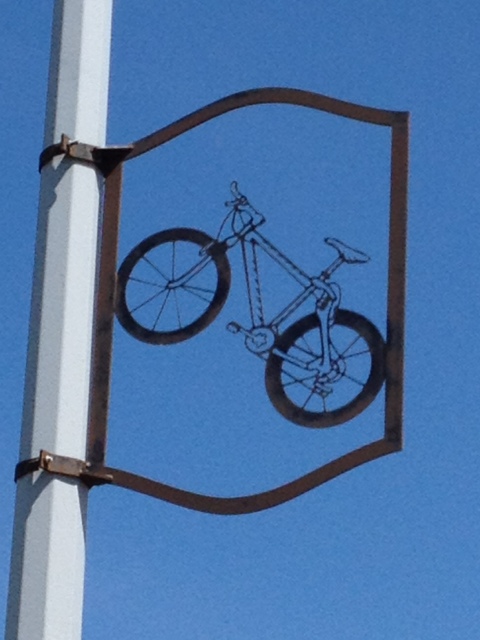 The landscape around Hardisty is rolling and unlike much of the flatter land that surrounds it.

We all meet and enter the military training camp, with special permission to camp on the former Saville homestead. We are reminded with a simple idea to stay safe: if you did not drop it, do not pick it up.

The valley where we camp is remote and massive. We get to hear coyotes calling, the mating sounds of snipe and even two large moose walking nearby.

With the Saville motor home, we are able to have a wonderful grilled salmon dinner as the sun sets in the valley. 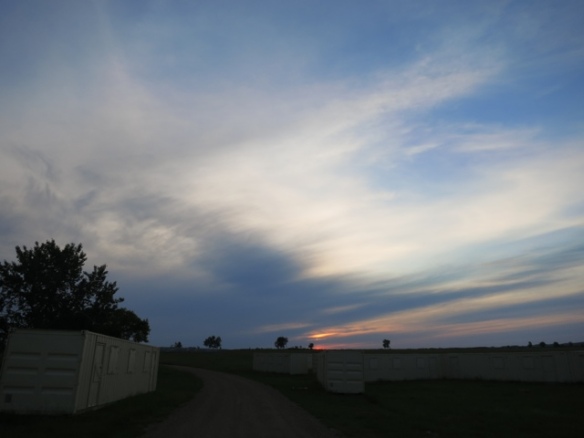