We do a complete clean of bike, gear and clothing, taking advantage of being in a fairly large city. I stock up on two new bicycle tubes just in case and a new chain.

Once again, on the road near noontime. The temperatures are now reaching into the upper twenties so this is not an ideal time to start as much as I like slow mornings and cycling into the early evening.

I take the less traveled Route 10 into Manitoba avoiding the Yellowhead knowing that no roads in Manitoba have paved shoulders so I might as well head to one that is lightly traveled. The only place I can find for shade in the first 50 km is underneath a road sand and salt loading tower.

As we were warned, as soon as I cross into Manitoba, the roads deteriorate in quality and the road shoulders effectively disappears as they are unrideable. The paved road often drops precipitously into a soft shoulder. The roads themselves are full of unfilled cracks and potholes and well faded lines. I understand why cyclists avoid Manitoba. The one thing that made it manageable was the lack of traffic. With the long Canada Day weekend, hardly anyone was on the road and no truck traffic. There is one big downhill, I think in all of Saskatchewan, right before the border.

Here is a shot of the awful roads of Manitoba. Note the faded centre lines, the nonexistent white line marking the edge of the road and the sudden slope into a soft shoulder. 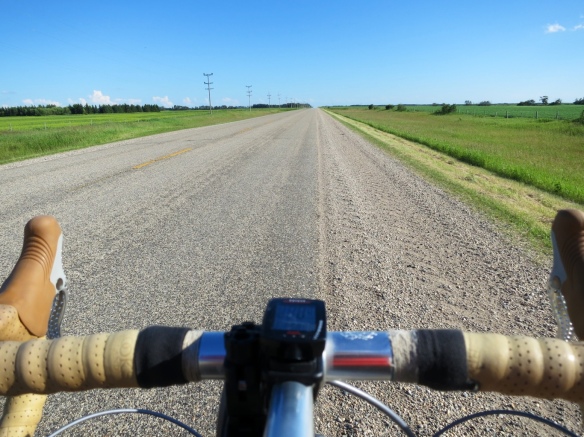 The has been lots of rain in Manitoba too, ideal for roadside marshland. 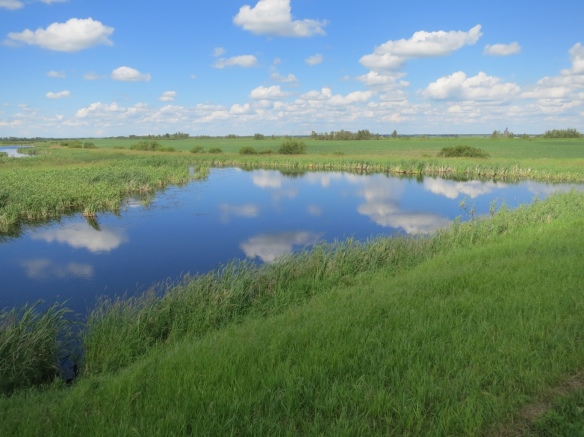 As it is Canada Day weekend, I arrive in the very sleepy town of Roblin to join Leisa for a late picnic lunch near yet another Ukrainian church, this one well cared for. 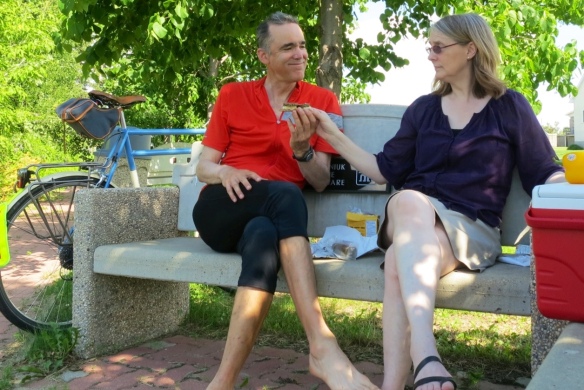 We are taking this curious route through Manitoba because there are three Pearson College alumni families in and around Roblin and Inglis, the Jacksons (Fawn, Pearson College Year 31) the Skinners (Sarah, Pearson College, Year 33) and the Wendells (Jeremy, Pearson College Year 17). The alumni are not home but the Jackson family has graciously offered to host us for an evening and Sarah’s father, John Skinner, is able to join us. We see signs of all families as we get closer to Inglis. Sarah’s grandfather started an arboretum in the area.

The Wendell family run a x-country and uphill, yes, you read that correctly, area called Rivindell. 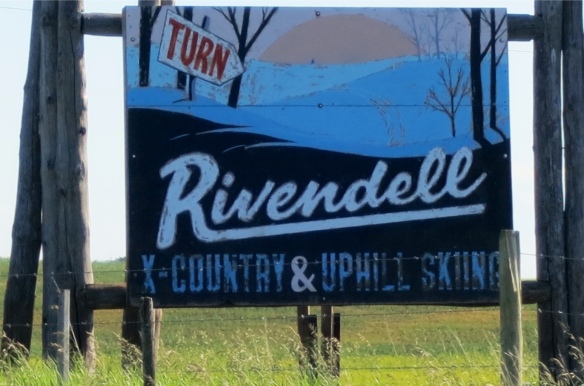 The Jacksons run a seed and Charolais cattle farm (I neglected to take a photo of the sign to the farm). We enjoy a wonderful conversation and filling meal with the Jackson family. 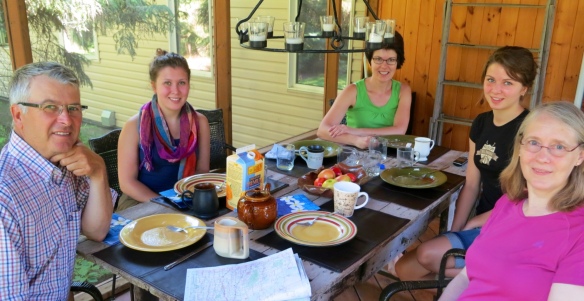 2 thoughts on “Into Manitoba”