After a long ride into Canada the day before, I am slow getting away. Not only did I need a good sleep having cycled in after midnight, I took time to devour the offerings found in a substantial buffet. When entering Canada the night before, the immigration officer sent me to the Delta Hotel. It was a few grades above anything I have stayed in the whole trip, especially what they call breakfast.

Only on a bike trip would I take a photo of a buffet.

Before getting out of the city, I visit a bike shop to get my Speedplay Frog pedals greased. It takes a special grease gun and the first shop I go to has one. The pedals are working well but they have needed greasing every 1,500 km or so. I also get advice on the best route out of Sault Ste Marie and a few warnings about staying off the Trans Canada Highway. The good advice and free pedal greasing I got from Paul at Algoma Bicycle Shop.

I head out of town and find 17B, which runs more or less parallel to the Trans Canada 17. The 17B cuts through a first nations community. A sign painted on a railway bridge makes this clear. 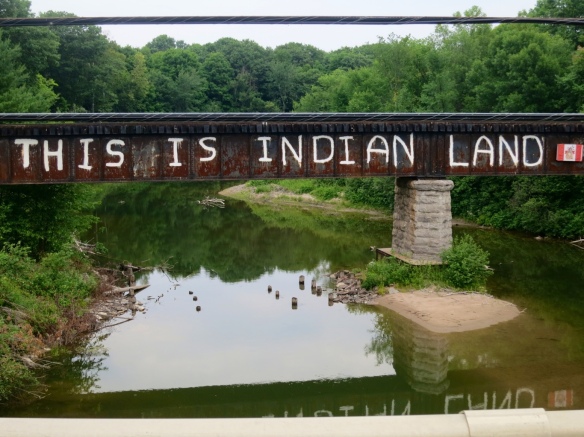 After the town of Echo Bay I head east on hilly rural road number 638. This winds and winds but is wonderfully peaceful. 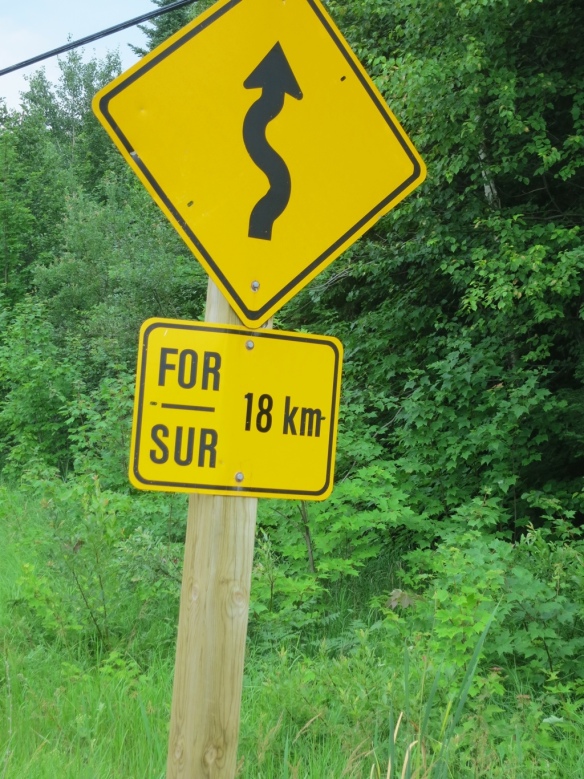 About fifteen kilometers from the town of Bruce Mines, I hit the Trans Canada Highway for the first time on the trip. From the back roads I had been on earlier, it was the sensory equivalent of going from having a massage to having a root canal. Trucks were barreling by about 110 km/hr and for the cyclist, there was no shoulder whatsoever. Only a white line and even that was crumbling.

If two vehicles passed at the same time, one in each direction on this two lane undivided highway, there was no room for a cyclist and it was impossible to ride on the rough gravel shoulder. Often on corners, I could see the wheels of trailers crossing the white line ahead of me and churning up the gravel. There was no way I was going to cycle on this all the way to Ottawa. I made it to Bruce Mines totally depressed and puzzled about what to do. I re-read some cross country cyclist blogs and the first one described nearly getting hit on this same stretch and literally crying the next day.

It is clear the alternative is to head south to Manitoulin Island then ferry to Tobermorey and take rural roads all the way to Ottawa. But it means adding about 300 km and I am at least 200 km from the turnoff from the Trans
Canada towards Manitoulin Island. So I have dinner in Bruce Mines at a wonderful Indian restaurant that is part of the local gas station then I go to the shore of the lake and meditate on my little problem.

I decide to try an experiment and see if I can hitch a ride to Manitoulin Island and restart the journey from there. If I get a ride down the Trans Canada to the town of Espanola I will avoid the insanely dangerous, essentially shoulder-less Trans Canada.

So I go back to the gas station to try my luck. The fist vehicle to pull in for gas is a man in a pick up truck. I approach him and ask if he is heading east. He said he was going to Manitoulin Island that night and that he would be happy to give my bicycle and me a lift. Wow. The root canal is over.

I take a photograph from the cab of the truck. The shoulder gets just marginally better after Bruce Mines, about the size of a shoebox. 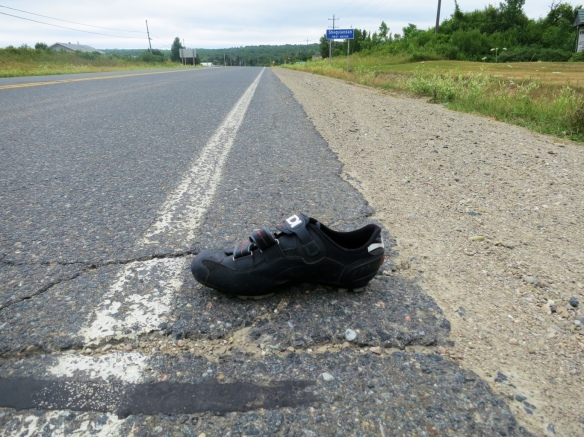 I add to my life list of things to do: Discourage cyclists from riding on the Trans Canada Highway. I think it should be banned. So I will begin with a warning to sensitive readers, I am about to put on the caps lock key. CYCLISTS: STAY OFF THE TRANS CANADA HIGHWAY. PERIOD.