An amazing day on the road. One that captures the reason why it is preferable to cycle from west to east. I thought I would begin the post today with the rainbow above even though it was from a break in the clouds from two days ago. Just a reminder of how beauty can be found at unexpected times and places.

Began the day with a huge breakfast with the Garg family. We, Leisa and I, then made our way to the local Tim Hortons to meet Dwight Grayston, Pearson College Year 17. Dwight has been working for several years bringing recycling to Saskatoon. His company was recently acquired. With his leadership in the company that acquired him there is a whole cultural shift happening across Saskatchewan relating to recycling and waste management.

It took a while to leave the city as the pathway and park along the river, combined with a summer jazz festival, worked as a lure to keep me in the Saskatoon city limits.

It was sweet to see that there was great encouragement to get people to ride to the jazz festival in the form of valet parking. For bicycles. 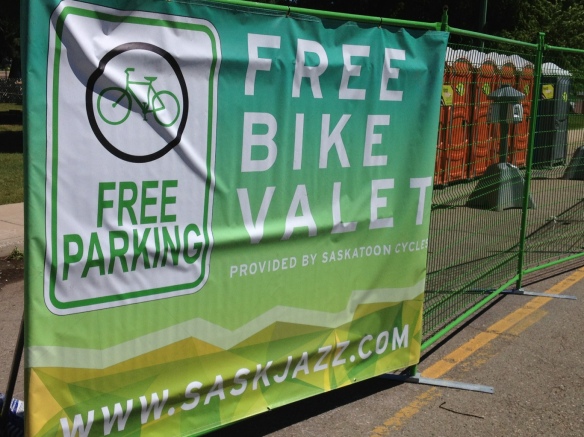 It was approaching 1pm before I found myself at the intersection of route 16 (The Yellowhead Highway) and route 11. I chose to stay on the Yellowhead because of the prevailing winds. The day was sunny, warm, windy and hardly a cloud.

With a strong tailwind pushing me along. I just kept riding and riding until I was casting a long shadow as the sun got lower and lower in the west as I headed east.

And I could just make out a waxing gibbous moon. 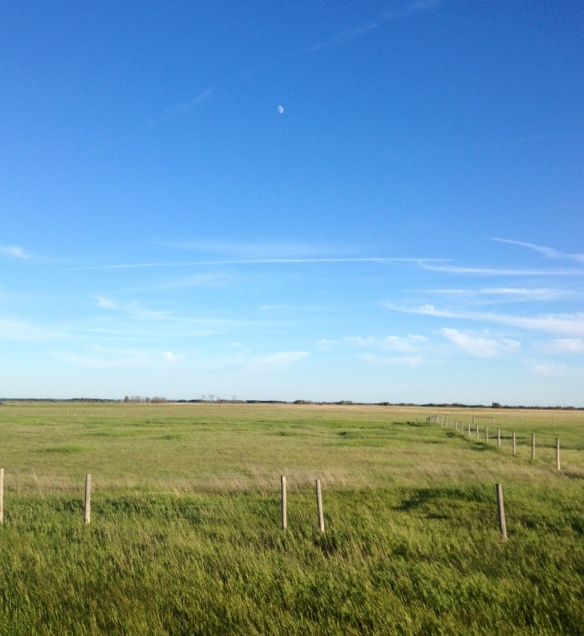 As the kilometers approached 150, I thought it would be fun to clock my first double century, a metric century (100 km) and then an imperial century (100 miles). With the wind still blowing and my preferred destination still ahead of me, I kept going until I did a second metric century. So stretching things a bit, it was a three century day.

My day ended in the town of Wynyard, a stepping off town for those who are visiting Canada’s unique Quill Lakes. These lakes are hugely important to the waterfowl and shorebirds of the Americas, critical for breeding and for migration. 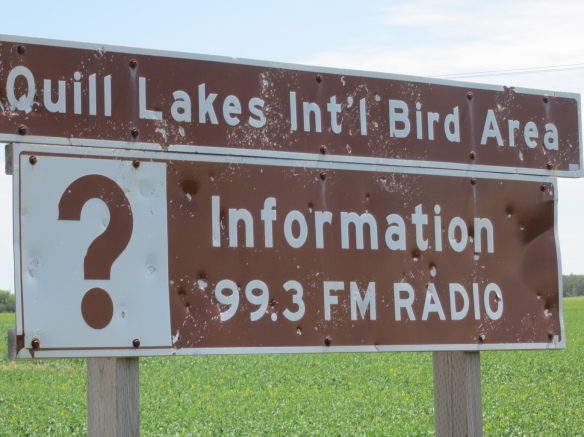 As the sun was setting over Quill Lake, I noticed my shadow being cast far into the field next to me as I cycled.

I then tried to see what it would look like on video. Surreal yes? Cycling on top of flowering canola plants. What a way to head into the Canada Day weekend.